This past month has been quite exciting. I’ve had so many awesome opportunities and taken part in some fun events. I’ll start off with the good news.

On a whim I put my name forward to be a newshound at TrueSteamAchievements (TSA) and I was successful. Now I get to patrol steam press releases and put the relevant ones up on the TSA site. It’s only copy editing and uploading screenshots, but it keeps me well practised in those skills.

Not long after my TSA position was granted, I went for an interview at Virgin Money again. I’d been before and I felt went really well last time, but someone else pipped me to it. Turns out the interview was for the same job – it was originally a 12 month contract, but the guy who’d got it previously was moving elsewhere so they had the remainder of the contract to fill. Anyway, I now have a job! I’ll be working as a Digital Content Editor for 6 months. I start in June though, so I have a bit more time to spend playing games 😆

The funny thing is, since accepting the position I’ve had several interview offers. I guess job interviews are like buses, you wait ages and then loads turn up! It feels very strange to have to keep saying no to them having gone for so long hoping some would come along. 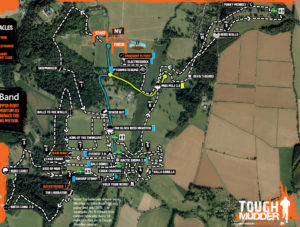 This weekend I attended the Tough Mudder Midlands event. This time, I actually did the obstacles instead of taking photos from a safe distance.

I’ve been training for this for some time, doing pull ups and chin ups, and running at least three times a week. We started off at a mile, then increased the distance by another mile or so every two weeks. We got up to 6.5 miles in the end, over half the distance we’d be running for Tough Mudder, and we were running them without stopping. I use the term running lightly, as it was more of a slow jog, but we did it and that’s the point after all.

We travelled up to Belvoir Castle in Grantham by car, it took us a while and we may have arrived a little late, but we got there in the end. It was a glorious day and the castle looked so pretty from the road. We signed in, found the rest of our group and then moved on into the starting paddock.

There were a total of 26 different obstacles, two you did twice, and three of which were only for those who’d been before – also known as Legionnaires. I only skipped three of them (King of the Swingers, Hero Walls and Funky Monkey), and didn’t finish (but tried my darnedest) on The Liberator, Everest and Arctic Enema. The obstacles I enjoyed the most where Sewer Rat and The Block Ness Monster. I think I was most proud of completing Birth Canal – I have a problem with enclosed spaces, and although I had a small panic in the middle, I still completed it.

The going was pretty good, I didn’t feel exhausted or in pain. The training definitely helped to minimise that. Plus, as the weather was so nice, I didn’t get any headaches from cold wind rushing into my ears.

We took about 5 hours which is an hour more than last year. This course was not as flat as last years (different location), and so I think that slowed us down a lot.

Here are a few of the pictures from along the way. They’re either taken by myself, Tony Hogan, or the official Tough Mudder photographers. 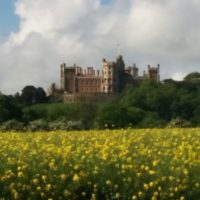 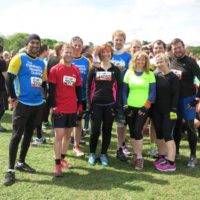 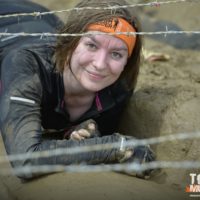 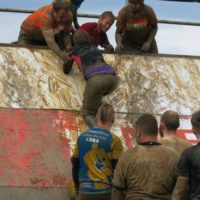 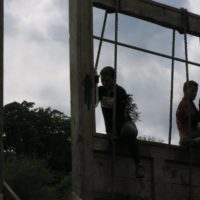 Balls to the Walls obstacle 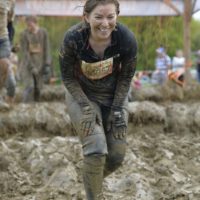 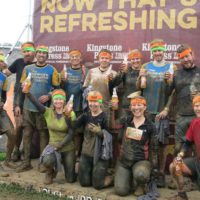 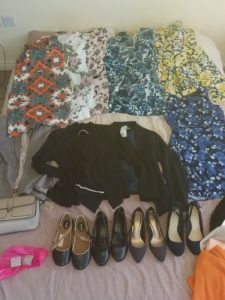 Given the new job, I needed a new wardrobe. Jagex was so casual we could wear whatever we wanted (within reason), so I didn’t really have many smart outfits. Not any more!

Jessie and I went shopping on her day off after the Tough Mudder and I went a little crazy, firing the money cannon left and right. I bought blazers, cardigans, dresses and shoes. Now I can have look super smart and lovely all at the same time.

I possibly might have bought too many shoes, but I have to be a stereotypical girl in some ways.

On Wednesday I went to a movie premiere in London. My friend had won tickets but couldn’t go, so myself and Paul trekked down to London last minute.

We dressed up all nice (though we didn’t really have to. Paul wore a shirt and I tested out some of my business-wear. As my hotel room selfie shows, I think I made a good choice.

The movie we got to watch was the Warcraft: The Beginning, and we also got to hear some of the stars answer questions about it. We were in the front row which meant some parts of the movie were blurry (it was IMAX 3D) but it did mean we were super close to the stars when they did their Q&A session. We saw some of the cast (Travis Fimmel, Toby Kebbell, Paula Patton and Dominic Cooper), and the director Duncan Jones, and we also saw Henry Cavill, Jonathan Ross and Kristian Nairn who’d turned up to see the film.

I enjoyed the film and the experience, though perhaps not so much the ludicrous amount of money we had to spend to get there.