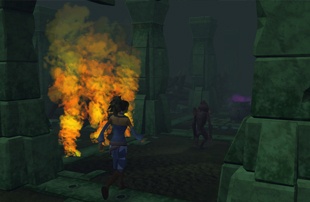 In this crazy event you’ll find yourself running around in a dungeon full of traps and monkeys, while picking up trophies and avoiding turning into gorillas. 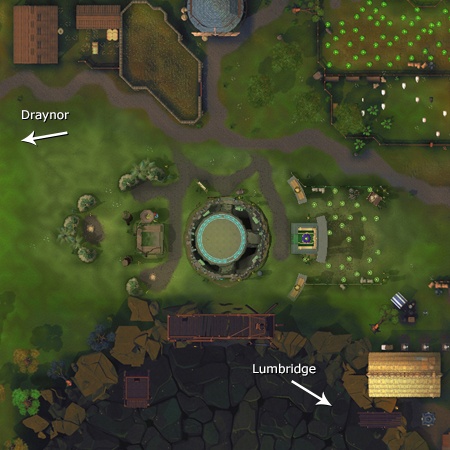 The Facepunch Bonanza lobby can be found where Saradomin’s war camp was during The Battle of Lumbridge. The entrance is inside the sunken pillar that Saradomin stood upon during the battle, and a dungeon has been built beneath it. 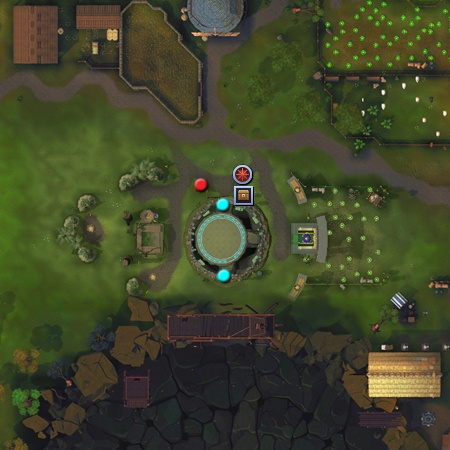 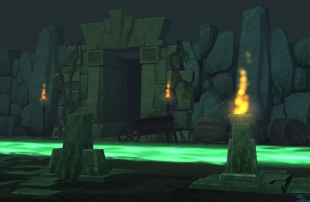 The aim of the game is to make it through a devious dungeon for 10 rounds, running from one side to the other. Sounds simple enough, but nothing is ever that easy. You’ll find the dungeon is more like a maze, with routes through either guarded, blocked off, or both.

Each round lasts 60 seconds. You’ll need to get from one end of the map to the safe zone (pictured to the left) at the other end in that time. If all players are in the safe zone then a 10 second countdown will be initiated, even if there is more time left in the round. After 10 seconds the dungeon will rework itself into a new route, and the safe zone will switch to the other side.

Each time you make it to a new round, you’ll receive 1 trophy.

If you fail to make it to the safe zone at the end of the round, you’ll be turned into a gorilla guard and you’ll get to take part in some PvP action. To encourage you to turn on your friends, you’ll get 2 trophies for each player that you take out while in monkey form. You can also get trophies by sabotaging gathering points. If all players have been turned into gorillas, the game ends.

To get extra trophies, you can make use of the various gathering points scattered throughout the dungeon.

The dungeon is not just running from one side to the other picking up trophies however, there are hazards to avoid or they will slow you down. 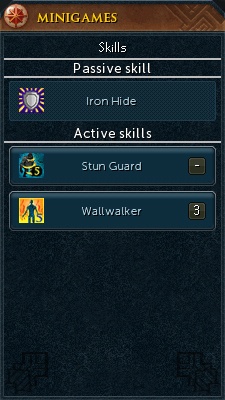 Some of the rewards available to you for this event enable you to activate skills within the dungeon. You can only have 1 passive ability and 2 active abilities. To set which ones you can use in a match, open the rewards interface and drag your chosen (and purchased skills) onto the skill deck.

Renown is earned for collecting trophies and you’ll get 1 renown point per trophy and the first 600 points earned a day will be doubled. When you receive renown you can use this currency to purchase rewards. Free players earn renown at 66% of the rate that members do.

Note that skills are not purchasable, but can be changed from this interface.